Castelbuono celebrated the 100th anniversary of the oldest road race in Europe held on a sunny afternoon in the mountains of Sycilian Madonie. This year the very popular Italian race changed its date from the traditional date of 26th July, the day which celebrates Saint Anna, Patriot Saint of Castelbuono.

Bekele broke away from Olympic 5000m bronze medallist Thomas Longosiwa during the final lap to take the win in 30:01.

How the race unfolded –

Ethiopian runners Muktar Edris Awel, World Junior 5000m champion, and Deriba Merga, fourth in the Beijing Olympic Marathon, went to the front during the first lap and kept the lead until the second lap when Bekele and Longosiwa caught up with the leaders. Longosiwa fell in the early stages of the race in a collision which involved Rachid Kisri from Morocco and Italian marathoner Ruggero Pertile, who was forced to drop out of the race.

During the third lap Kenyan 3000m steeplechaser Ezekiel Kemboi, the Olympic champion in 2004 and 2012 and World champion in 2009 and 2011, reduced his gap on the four leading men and managed to catch up with their pace. A five-man group formed in the front at halfway.

The race really heated up during the fifth lap when Longosiwa and Bekele threw down the gauntlet as they broke away from Muktar Edris Awel, Kemboi and Merga.

Longosiwa launched his first attack during the sixth lap but Bekele responded by closing the gap. The two Olympic bronze medallists engaged in a neck-to-neck battle in the final lap. At the bell it was Bekele’s turn to launch his attack but Longosiwa did not give up his fight and managed to keep the pace.

Bekele, also a World Indoor champion in 2008 and a World Junior champion at 5000m in 2006, pulled away during the last lap opening up a decisive gap over Longosiwa and romped home in 30:01, 11 seconds ahead of Longosiwa to crown a solid season in which he made a successful transition to 10,000m winning the Olympic bronze and clocking a new lifetime best of 27:03.24 in Birmingham.

“I waited the right moment to launch my decisive attack during the last lap. Winning in Castelbuono represents the highlight in the career of each athlete and I am honoured to win this race in the 100th anniversary. It’s a hard race with a lot of ups and down,” said Bekele, who will now take a break before he resumes training for an autumn Half Marathon.

Longosiwa managed to run a good race despite the fall. “I don’t know what happened at the start. I was pushed from behind and I fell. I was shocked and I felt a headache. I lost my focus. I am not used to running in the middle of the group. It was not easy to catch up positions on a very narrow course.”

Diego Sampaolo for the IAAF

What you can read next 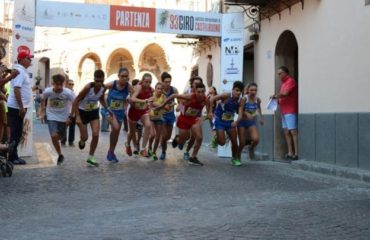