Kenya’s Wilson Kiprop, the 2010 IAAF World Half Marathon Championships winner, added his name to the prestigious list of winners at the Giro Podistico di Castelbuono, an IAAF Gold Label Road Race, on Friday night (26).Kiprop crossed the finish line in Castelbuono’s Piazza Margherita in 30:10 to take a close win over Ethiopia’s Atanaw Ayalew in front of enthusiastic crowd who packed the narrow streets of the small village situated in the Sicilian Mountains.The race started at a conservative pace on a hot evening.  Kenya’s Dickson Chumba, the 2012 Marathon Eindhoven winner, took the early initiative closely followed by his compatriots Kiprop, Paul Lonyangata and Emanuel Kipsan, and the Ethiopian pair of Dababa Tesfaye  and Atanaw Ayalew.

They completed the first of nine laps that comprised the 10km course in a slow 3:30.

Italy’s Andrea Lalli, the 2012 European Cross Country champion, followed in the chasing group trying to catch up with the leading pack of East African runners.

The pace finally hotted up on the third lap and the six men passed that checkpoint in 9:56.

The leading group was then whittled down to just four men during the fifth lap on the challenging uphill section of Via Mario Levante, where the race has often entered its decisive stage in the past.

Kipsang took the lead,  closely followed by Kiprop, Ayalew and Lonyangata. The pace slowed slightly as it became a more tactical race and. Lonyangata then began tiring and became detached from the leading trio of Kiprop, Ayalew and Kipsang, who went through the eighth lap in 26:56.

Ayalew and Kiprop dropped Kipsang during the final lap before battling it out between themselves for the win.

Kiprop, who also has good track credentials and was the African Championships 10000m winner in 2010,  tried to pull away from Ayalew around 300 metres from the line but could not completely shae off his dogged rival.

The winner crossed the line in 30:10 but Ayalew was given the same time in second place. Kipsang hung on to finish third in 30:25

“It was not a race like others. It was a hard a competition but the crowd supported us a lot. They were fantastic and helped me along the difficult course”, said Kiprop.

The last Italian able to win in Castelbuono was Salvatore Bettiol in 1989 before the African dominance began. In 2013, the first Italian was Lalli who had a strong second half of the race and finished sixth.

Diego Sampaolo for the iAAF

What you can read next 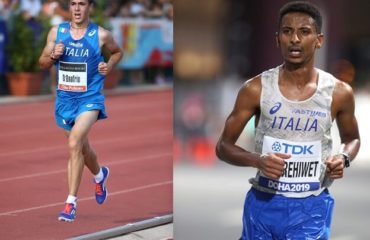 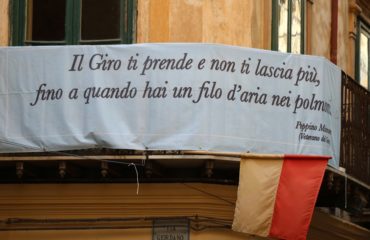